The latest figures for 2020 are in and Whanganui’s visitor industry can celebrate. Whanganui is top of the table for tourism growth, recording 4 per cent growth for 2020.

This is one percentage point up on the already impressive 3 per cent growth recorded just a few weeks ago.

Businesses economic development agency Whanganui & Partners has spoken to have noticed the rise in visitor numbers and reported positive feedback from new visitors.

Phil Pollero, Manager of the Riverboat Centre, said the Waimarie had often been at its capacity over the Christmas holiday period and that numbers are currently up 20 per cent on the same period the year before.

“Our themed cruises over Bayleys Whanganui Vintage Weekend were also well supported and charters remain popular as local and regional businesses and organisations look to reward their teams.”

Pollero said the Waimarie had been well supported by national holiday-makers, who had boosted passenger numbers. “We’re seeing visitors from near and far, nationally, that are visiting Whanganui for the first time and taking the opportunity to see and do new activities.”

Locals who had always wanted to ride on the vessel were also now taking the opportunity to do so, Pollero said.

She said the peak holiday period had been just as busy as ever, “We’ve just swapped internationals for domestic visitors.” Internationals would usually make up about 20 per cent of visitor numbers over the summer period.

“The domestic visitors have done us very proud this summer holidays by choosing Whanganui as a visit destination,” she said.

A local Qualmark-accredited accommodation provider Whanganui & Partners spoke to said their business measured its occupancy as a percentage across the year and had historically achieved about 70 per cent occupancy for the last five years.

“In 2020, this level was still achieved even though there were no guests for almost six weeks during lockdown,” they said. From June 2020 to January 2021 there were record numbers of bookings, month-on-month, compared to the previous five years.

“We can definitely say that the space left by international guests has been taken up by domestic travellers.”

The motel had also noticed a stark difference in visitor demographics and booking behaviour, “People are booking more last-minute than they did before COVID,” they said.

“However, we do believe that confidence is gradually returning and we are getting some bookings with a longer lead-time.”

National visitors might be experiencing Whanganui for the first time but their reactions suggest it won’t be the last.

The Qualmark motel operator said they often had visitors ask to stay for additional nights because they were enjoying it so much.

“We have also had guests who come here for work and then returned with a partner or family to explore the area more.”

“We also hear people saying they didn’t know Whanganui had so much to offer, what a beautiful place, and they will be telling others about us.”

At the i-SITE, Lawson said visitors had been “very impressed”. “I think the Whanganui beautification projects have contributed a lot to the positive perception overall. It creates such a good first impression which is then reinforced by friendly locals.”

“We have had over 100,000 unique visitors from outside Whanganui to our websites, this is up around 40,000 the previous year and indicates this substantial growth trend is likely to continue.”

“The journalists we host rave about Whanganui and plan on returning,” he said. “It’s encouraging to get such regular and sustained interest in Whanganui and we enjoy hearing and reading the positive stories of recent arrivals too.” He noted RNZ and Canvas features had showcased what a great place Whanganui was for new arrivals.

Pollero said the Waimarie team had been working on a strategic marketing plan to further enhance the visitor experience, increase visibility and encourage growth.

“We particularly want to encourage visitors to Whanganui generally, keep them here for as long as possible to enjoy the many gems Whanganui has – our cultural, heritage and arts experiences, not to mention the Waimarie.”

The Coastal Arts Trail Whanganui & Partners is establishing in collaboration with Taranaki and Manawatū tourism authorities would also be a big draw for Whanganui, she said.

“It will generate a lot of interest and get people to stop in Whanganui when travelling on to Taranaki or Wellington.” 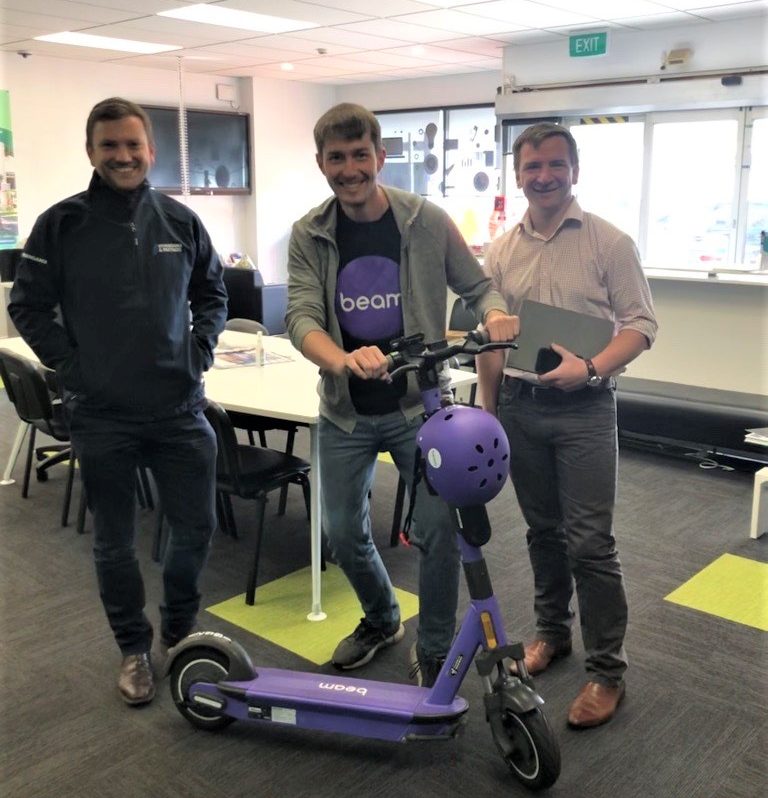 Global micromobility company Beam will launch a trial of e-scooters in Whanganui with up to 100 e-scooters to be introduced across the city. 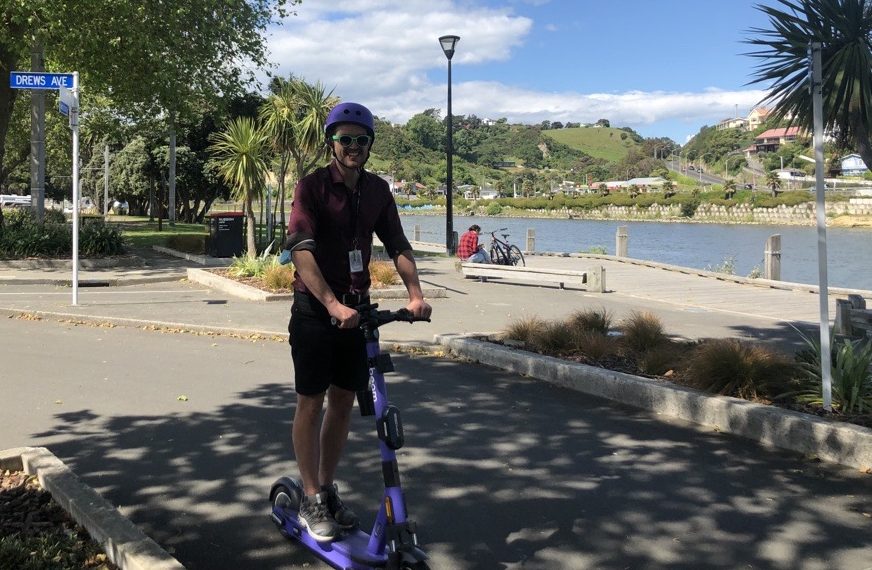 Up to 100 e-scooters will roll out across the city from June.

After a tense first pitch night, Innovate has its Top 5 finalists.